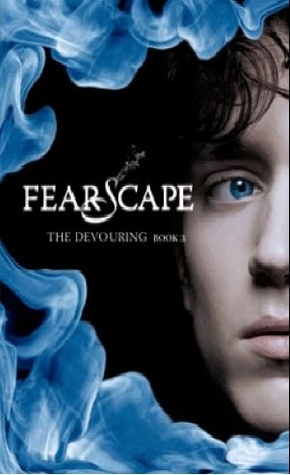 I wish I could say that I loved this book, but I didn’t. I heavily hinted at my disappointment in my review of the second book, Soulstice, but it really comes to light here in this book.

The odd plot that happened in the second book of this trilogy got odder. This story that was interesting and a world that intrigued me got boring as the lines of treachery and deceit kept going. It was just weird. It was too much of a cosmic battle.

What made Reggie and the rest of the cast who they were felt, in a way, lost by the end of this book. Sure, I liked it and I thought that the book was at least pretty good, but it also just made my nose wrinkle because it felt like the series was dragged out for way too long.

I didn’t care about this Vour master plot. It felt like Holt got drawn in too deep to his idea and wasn’t quite sure how to get out of it. And so he came up with this conventional ending so everyone was happy and fine.

Which just didn’t work for me.

Too much happened for it to wrap up like that. It reminds me of my rage with the ending to Lost. All of that happened and I get this?! It’s that kind of reaction for me, except less mad since I wasn’t as attached to the characters or plot like I was in that one.

For me, I think this book would have been better kept as a stand-alone novel where this crazy thing happened and there are these weird creatures, but nothing about this grand plot that felt too conventional so it felt like the dystopians everyone was writing at the time this was published.

I’m sure that all of you have gone through this as readers, but what’s a series that left you so disappointed with the book, to the point that it makes you feel iffy about the whole series?

One thought on “Book review – Fearscape by Simon Holt”