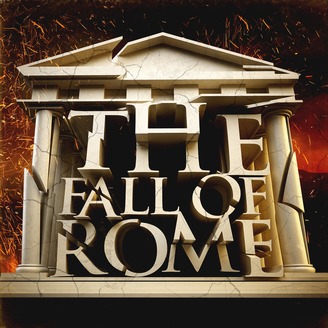 Technically, I’m still listening to this so this is a little premature, but I think that my opinion is going to stay the same for the rest of the podcast.

After I got done with all the true crime and horror that I’ve been listening to, I decided to find something different. I wanted something historical. I have some podcasts I’m subscribed to about Tudor history, but I wasn’t really feeling that one. What caught me was that graphic, so I decided to do this one.

What really sets it apart is that Patrick Wyman, the host of the podcast, has a PhD in history. His dissertation was about ancient Rome and its fall. I mean, he knows his shit. He’s been entrenched in the data. Having written, basically, a thesis for my BA, I know exactly what he had to do and then he did ten times more of it. Basically, he’s a source I trust. (You can find this info on his LinkedIn page if anyone cares about my source.)

Each episode tackles a certain topic. The one I just finished was about the Huns. But, he also talks about Gaul (present day France), Britain, Africa and the Vandals, the Goths, the army, etc. He also wrote an article about gladiators and then read it on the podcast as a special edition. He also has interviews with different people on some more specialized topics. It’s a very in-depth look at his academic specialty.

Even better than that, he does this concisely. I’ve known professors who could ramble on for hours about those topics, but he takes the research he finds most pertinent and presents it in under an hour. Seriously. The longest these episodes run is 55 minutes.

The presentation is amazing as well. He’s honest about biases of his colleagues, shows where he stands, and also presents the other side to show why he doesn’t agree with it. He usually makes up a prototype character to follow throughout an episode as well. So, when he was talking about the Goths or Vandals, he made up someone based on the research and would do his best to show how they would have lived by using the research. It’s an informative and compelling way to tell a complex story.

I think the only real downside to this is that it can get a bit confusing if you’re not familiar with the topic and it can get dry if the topic he’s covering doesn’t interest you. That’s not a real downside, just a personal observation from someone who prefers spending time in the 1500-1600s.