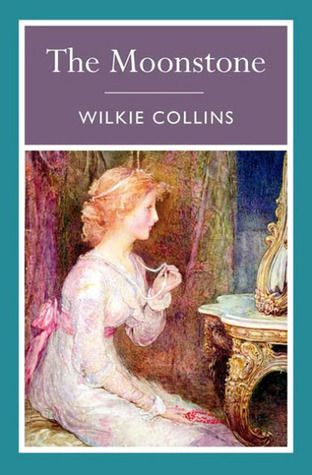 I gave this the good old college try. I read as much of this as I could, but that was all I could get through. Gave it a day’s break, then knew that it really wasn’t going to happen for me. Sorry, Wilkie.

Back in high school, I read The Woman in White, which I remember enjoying. Probably because I was reading a lot more classics back then than I do now, but that’s a minor thing. So, this went on the TBR and it’s stayed there for far too long.

Let’s just say, I wasn’t a fan. It dragged on far too long and talked about things that I just didn’t care about. I wish I had cared, but I didn’t. The multiple POVs really distracted me, too. As soon as I got used to one voice, a new one was there and I had to readjust all over again.

The worst part, for me, was the sexism. It just reeked of sexism, which I didn’t want to read. And, I thought that maybe it was just the perspective I was on. Maybe it was just that. Then the same sexism went to another POV. Then another. And I wanted to scream about how bad it was.

In short, I couldn’t do this book. I had no interest in it after the first part, but I got halfway through the second part and finally admitted defeat.

I know this is a pretty popular classic, so what do you all think of it?
Was there some kind of pay-off in the end?

3 thoughts on “Book review – The Moonstone by Wilkie Collins”