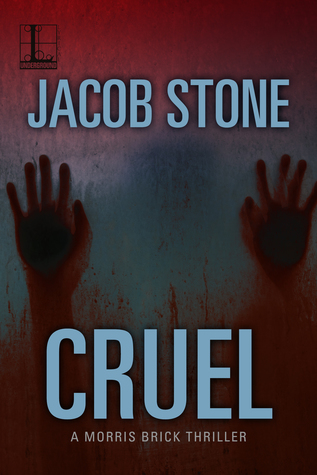 Thanks to Netgalley, Kensington Books, and Lyrical Underground for providing an ARC for an honest review! Publishing September 18th.

Kensington Books is a great place to look for upcoming or recently released thrillers. I’ve requested from them for ages, so I get emails with freebies quite often. This is one freebie I got. I didn’t mean to accept it, honestly. I clicked the title to find out more about it and, well, I got it.

I had no idea this was the fourth book in a series. But, I reasoned with myself that, well, if I like it, I can go back and read the rest! Easy.

I don’t think I’ll be reading the rest or cluing in for more.

What it came down to was that it felt like a run-of-the-mill thriller that used torture scenes as a shock and awe tactic to make up for bland, uninteresting characters. Now, I did like Morris Brick, but he felt like any other hard-boiled detective from any other story. There was nothing to set him apart. And I couldn’t even tell you the names of his associates or anything.

It was nice that I could just jump into the series because it felt like none of the previous books impacted this one. There wasn’t any time I felt like I was missing something, so I just moved on ahead and went with the story.

At the same time, that’s not great because that means there wasn’t much character development or dynamic shift in any of the books.

As for the story, I wasn’t wowed by it. Sure, I found it interesting enough to read the whole book, but I also kept wondering when something was going to happen. It took about 40% to get the plot rolling, but it was a quick read so it went by rather fast. (I could read 20-40% in an hour.) It took ages to get to the point, then when it did I was meh about it.

I saw where it was going, basically, I found it boring. I didn’t find it some great plot twist or anything else. It was just a meh ending for a meh book. Which is sad because it’s well-written and I did like the characters even if they were very interchangeable and flat.

So, there’s that. I wanted to like it but didn’t think it was as good as it could have been.

One thought on “Book review – Cruel by Jacob Stone”