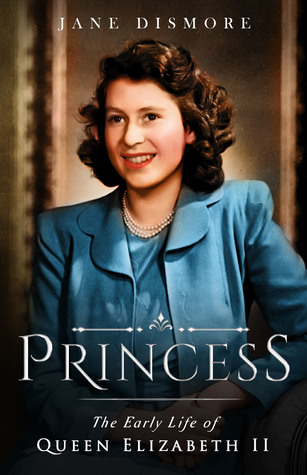 Thanks to Netgalley for a copy! Published July 5th, 2018

Unless you’re new here, then you’ll know that I have a thing for royalty. This isn’t the first biography I’ve read about the Queen and it certainly won’t be the last. I’m no beginner with things, so I felt like this book was a huge repeat for me. It’s definitely a good book for those who want to start learning about the royal family and have no idea where they ought to start.

The only shame about this book, and the reason why I rated it three stars, is because it doesn’t really focus on the subject very well. The book is, apparently, about the Queen’s life before she became queen (so, from birth to 1952), but it also wasn’t.

Most of the book really focused on her parents and uncle. There was a whole chapter spent on her mother’s birthplace and how no one’s really sure where she was born. It was a completely pointless chapter to keep in. Then, there was random paths down her mother’s familial history.

A lot of time was also spent on her Uncle David. The world knows him as Edward VIII or the Duke of Windsor. Aka, the only reason she’s currently queen. While it was a needed chapter because this directly impacted her life for better or worse, it also didn’t focus on her. It was more about people’s reactions to his abdication, not how she felt or reacted to it. And that made it pointless as well.

Even as she grew older, I never felt the book was actually about her. When the bombings started in England, it was more about what other people said about it. I don’t think I ever really learned more about her war participation and I wanted to.

Then, it focused on Philip and his girlfriends. Like, why? I don’t care about that. If I wanted to read about him, I would have picked up a biography about him. She marries him, of course, but his life circumstances didn’t impact her until their marriage. Each little bit of the later chapters talked about him, which I didn’t like.

Do you see what I mean? The book is more about things that went on around her than actually about her and what she did. To me, that’s such a shame. Queen Elizabeth is such a fascinating woman who has had an extraordinary life.

As I said, this book is great for beginners who don’t know a lot, but I’m the opposite. I was just hoping for something new from this book and it didn’t bring anything to the table.

Do you have a favorite royal figure? (Doesn’t have to be British!)