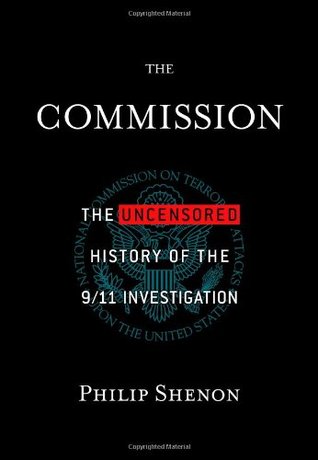 I make no bones about my age, so I was little when 9/11 occurred. Probably five or six when I think about it. Old enough to have an idea that it happened. A lot of people my age have an actual memory of the day, whether that be of frightened parents or of watching the footage live. However, I have no memory of that day. I believe I was at least eleven when I found out more details about the day. While 9/11 effected me, it didn’t affect me. Not until I was older.

This book actually doesn’t tell you about 9/11 but of the commission that was charged with investigating the attack to find out what happened. Who was at fault and why and how long this threat had been there.

The author framed the commission of acting in a huge cover-up for the Bush administration to try to downplay how much they were at fault for what happened. And based on the facts I was given from this book, I don’t think the author was wrong with that interpretation.

However, it also focused heavily on one man, Philip Zelikow, and how he was a spy for Bush’s administration. He had his own prejudices that included trying to destroy various agencies and place the blame on them rather than on Bush’s people. And, I do think that the dear author has a huge prejudice against Zelikow, but, again, with the information I was given, I can’t blame his interpretation.

All in all, I learned a whole lot about the government’s reaction to terrorism before and after 9/11. And I could definitely reflect on how much that reaction has changed, with conservatives being harder on terrorism and more apt for war than the liberals.

One thought on “The Commission: The Uncensored History of the 9/11 Investigation by Philip Shenon”