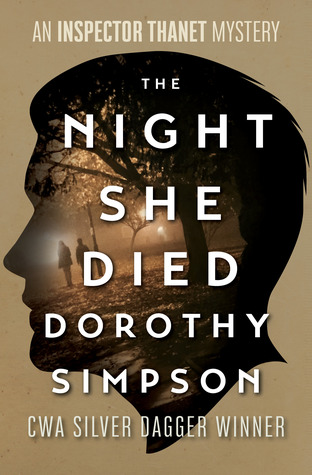 The only reason I read this book was because it was a freebie on Netgalley. What better could I get? An old, established mystery series that’s for free on there and I can just read them. (No clue if they’re still like that, actually. But check them out if they are!)

Even though I double checked that this was the first book in the series, it had a great feel to it like it was established. As if all of these people had a few books before where they were created. That takes such skill that I was seriously impressed the whole time I read it. I had to convince myself this was the first book throughout the whole story. Even now I’m shocked by it.

Even then, the plot was pretty interesting. There was also a slight nod to Holmes by having the last name of the murder victim being Holmes. I kept going back and forth with theories as the story developed, keeping me guessing about who it was. In the end, I gave up and just went along for the ride. That kept it really fun for me since I’m a huge fan of mysteries that keep me guessing whether or not I ultimately figure it out.

My only critique is that it took forever to get off of the ground for this book. I didn’t feel truly sucked in until about 30% in when the plot really started going. I wish it had sucked me in immediately, but it took a bit to get used to the story and have characters straight. Even though there was very little telling me about them and more showing me – which is the best way to do it – it still took a bit of time.

Definitely an impressive first book. I was more than impressed by it.